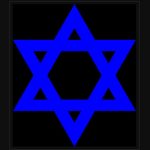 This is a concise study of the names and appearances of God in the Old Testament from a Messianic Jewish perspective. More precisely, it is a scholarly, investigative work about the One in the Godhead who manifested Himself as a manin numerous accounts throughout the Hebrew Scriptures to men and women, and they did not die. Who is this mysterious “Angel” who spoke and appeared, and caused a prophetic event to be fulfilled, and thendisappeared from sight? What were the circumstances of His appearing, and why? Is there only one name of God, or many? Why?

In the second the text of study, “Y’shua,” the author wrote: “Long ago, the Jewish Scriptures predicted the coming of One who would redeem the world from evil and usher in a new order of living. This book examines those prophecies to see whether Jesus fulfilled them.”